I’m going to lie if I say that Shiraz is my favourite variety at the moment. My heart belongs to Grenache noir, Cinsaut noir and, by lack of tasting experience to name others, Tinta Barroca, Treinspoor from The Sadie Family wines to be specific.

But yesterday belonged to Shiraz, and she showcased herself in a spectacular manner! The top 20 100% Shiraz wines were there to taste, along with 6 Shiraz based blends.  The difference in styles was major, quoting Charles Hopkins, if I may, as we sat down after the tasting and chatted about Mr Grey and such… – “from white pepper to red fruit, one had intense black pepper, another coconutty, another the tight French style”.

The diversity of Shiraz is clear, and mouthwatering wines were present. Opinions about the wines we liked differ, but we can all agree that these wines deserved to be here.

I want to congratulate all the winemakers for their time and effort put into these wines. I saw yesterday on twitter that some winners congratulated their winemakers, but it seems that the twitter-person (I know that’s made up) forgot to mention the Viticulturists and producers, or maybe the 140 character limit didn’t allow it…

I saw Marco Ventrella from KWV there, a viticulturist that is used to being on stage to accept the accolades that the team at KWV so often receives, and rightfully deserves. Anton Laas of Windmeul cellar also made an appearance. He has been the cornerstone of the Windmeul production team for many years now, and his hand in the quality of their wines is once more evident in the success they achieved with this Shiraz.

To the viticulturists I didn’t mention by name, don’t feel bad. I either don’t know you or didn’t see you, but congrats to you too.

Here are the winners (in no specific order):

Thanks to the organizers and sponsors for a great day and showcasing the lovely Shiraz diversity in South Africa. 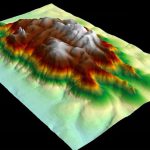 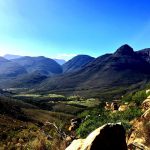