In the wake of recent articles about the Grapevine leaf roll dilemma in South Africa (just note this is a global problem, not fixed to South Africa), I would like to throw you a curve ball, but I’ll get to that later.

This is the time of year when the producers order their vines for the coming year. A worrying trend that I’ve picked up over the past couple of years, is that due to the low prices being paid for wine grapes in general, producers are leaning towards planting only the high yielding clones. This means that Chardonnay for instance is limited to CY95 and CY55 and Cabernet Sauvignon to CS15 and CS163 just to name a few. The end result seems to me to be kind of boring. What happened to massal selection? Is this an uneconomical way of propagation, taking the huge amounts of vines grafted each year into account? Or have we as viticulturist lost the skill, the art of being able to do massal selection? Or do we just not care?

Yes grapevine leaf roll is rampant in these old blocks, but surely there are one or two that isn’t? With very accurate tests available (ELISA testing) you can isolate these vines, that have genetically mutated over the past 50 years and are now part of that specific terroir.

I won’t comment further on this topic, but please read the following article that Peter Vinding-Diers sent to me back in 2009, it will make you think…

For and against DNA vineyards

It is a worrying fact that many great vineyards today are replanted using only one or two ‘certified’ clones, seemingly without anybody realizing the catastrophic consequences this policy may have on biodiversity, terroir, history, and not least, taste.

Through countless generations the vignerons have selected their propagation material in their own vineyards, always keeping an eye on the vines which could help them produce the best possible quality – or indeed the highest yield – all according to wish.

They were well aware of the fact that our ‘older’ cultivated vine varieties are subject to mutations that give rise to a hereditary alteration in the genotype.

One should not confuse ‘mutation’ here with ‘variation’ which arise from different environmental conditions.

However a Californian, Australian or South American grower should not expect the same performance from say Cabernet Sauvignon Clone 337, as a grower can in Bordeaux, where it originated.

Some growers are of course aware of this, and in an ideal World,  those with old vineyards of say over fifty years, should select carefully chosen cuttings, based on the vineyards criteria for quality, and propagate them for their new plantations.

At the moment Portugal seem to be the only Country where researchers have realized that ‘clonal’ selection counts on the positive effects of improved health conditions and homogeneity, but at the same time they admit that this causes a considerable loss in the biodiversity of extant varieties.

They understand the importance of Wines that are typical and differentiated because of territorial origin and therefore advocate a much ambler cloning strategy, limited to the most harmful diseases eliminated in a more rapid sanitary control.

This policy may hopefully result in a shift of balance in the direction of conservation of a richer and more articulate biodiversity.

This is also the view of Mr Spada from the Comite International de Pepineristes, who correctly advices to proceed with caution, but who remembers that the original patrimony of grapevine varieties is the result of selections made by generations of vinegrowers and therefore it is the collective heritage of the entire viticultural World.

To do away with this would have catastrophic consequences.

However opponents of this opinion can be found amongst many of the faceless bureaucrats of most government bodies that oversee and enforce more and more absurd rules in the vineyards. A large number of them are totally ignorant of the ‘real’ problems many viticulturists struggle with to day.

The EPPO panel  – a European and Mediterranean Plant Protection Organization –  is based on excluding ALL viruses  and virus-like ( the scientific World can not yet agree on what is what ) pests, and leave us with a few ‘clean’ clones to plant in future.

One wonders what wine would taste like if only 40 or 50 clones were grown World wide?

The organisation has published ‘guidelines’ on sanitation procedures in 1993, which – ‘fortunately’ one could say – due to the appearance of many ‘new’ diseases, has had to be revised, before going on to the European Union to make new guidelines and certifications of grapevines for the future.

None of these learned men seem to understand that the presumption that genetically ‘inferior’ material can be improved by ‘cleaning’ it of viruses makes a mockery of the laws of heredity.

The virus scare emerged during the sixties at the University of Davis in California and the idea of continuous indexing, accompanied by ‘heat-treatment’, and then re-indexing propagation material in order to develop clean stocks from diseased vines, differs from the old established European way of a never ending field selection.

Unfortunately it looks as if the Davis virus enthusiasts are winning the day.

The justly famous D.P.Pongracz who the author assisted during his time at the Experimental Research Institute in Stellenbosch, South Africa, insisted that no competent viticulturist would ever dream of suggesting that ( viticulturally ) thoroughly tested clonal material which looks healthy and performs well in the vineyard should be ‘cleaned’ for symptomless viruses by thermotherapy before it can be put at the disposal of the growers.

Never the less this is high on the wish list of for instance the EPPO experts.

As they have learned recently, not all viruses have yet been identified, and new virus races are being discovered by virologists all the time. On the other hand, diseases which for years have been thought of as viruses now appear to have other origins.

Pierce’s disease is linked to a Rickettsia-like organism, and the symptoms of ‘Corky bark’ which has been reported as a virus, is in fact confused with those of Flavescence Doree, which according to our present knowledge is NOT a virus!

While fanleaf is easily eliminated by heat treatment, leafroll is not, and by the way, most of the very best Rhine Riesling plants – making legendary wines – have leafroll!

We sincerely hope that these will not be exterminated…

It is difficult to comprehend that biological problems of improving propagation material can be solved by a dogmatic approach.

“Whenever man attempts his self appointed task of improving nature by unnatural means, disaster is inevitably the price of his folly”.

The echo of Dr. Pongracz words are still ringing in many ears.

As an example of the lack of understanding thinking growers wishes, the ONIVINS  banned the vines from a perfectly legitimate and serious massal selection, and ordered them burnt – without a thought that these were more authentic and true to terroir.

The poor grower ended up with a vineyard where each plant had an identical DNA, uniform in personality, and therefore a susceptibility to diseases which could attack the whole vineyard instead of isolated vines.

What began in the nineteenfifties as an attempt to help growers who complained that the plants in their vineyards had degenerated, to find better plant material, has now grown into a monster, where DNA selection, virus treatment etc. has become a threat to viticulture itself and which could further take away the identity of our vineyards.

Let us hope it will never get to that. 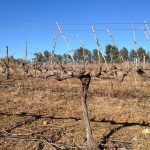 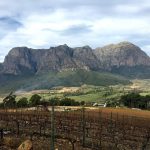