Due to lack of funds to travel the world, I have to turn to the internet to fulfill my hunger to explore other wine countries. It is rarely that you stumble upon a decent film that doesn’t over glamorize a specific region, but has more emphasis on ideals than marketing.

The film, dated 2013, is 21 minutes long, and annoyingly cuts off then, but nonetheless there are some key points to think about on this quiet, cool Sunday, probably with the aid of a glass or two…

The header of the post says “Lessons from Rioja” (photo credit – https://www.winerist.com/blog/entry/best-wineries-to-visit-in-rioja). It isn’t really lessons, but more conformation of things we already know, but rarely practice.

The first statement in the film – that also shines throughout the film – is that wine is made in the vineyard. This is a term so loosely misused by winemakers, that it’s impact has been reduced to the same level as telling your girlfriend or boyfriend of a week that I love you.

The phrase “wine is made in the vineyard” is widely know as the truth, yet it is something that is not practiced in many Wineries and Estates in South Africa. I hear so many winemakers utter this phrase at tastings and media conferences, only the truth is that most of these winemakers rarely set foot in a vineyard, and these Wineries and Estates believe hiring viticulturists is only an expense that should be cut.

Don’t get me wrong, there are the exceptions out there, but compared to the other New World wine countries like Chile, America, New Zealand and Australia, we are a long shot away from practicing what we preach.

The second piece that hit home for me is something that has been a concern for me for the past seven years – Mono-culture in the terms of clonal selection (something I’ve written on a few weeks ago here). There are a few vineyards in South Africa being selected with massal selection and cleaned by the likes of Vititec Nurseries in Paarl. Viticulturists, like Rosa Kruger, that believe in the preservation of old vines are on the forefront of these techniques, but more Wineries and Estates should see mono-culture clones as a serious threat to the diversity of South African wines.

The third, and probably most important one, is the preservation of old vines. In the film (at about 7:35) they are referred to as “arguably the essence of terroir”. I couldn’t put it better myself. Old vines are under enormous economic pressure in South Africa. The exquisite characteristics that old vines bring to wine is unmatched by any viticultural intervention, techniques or knowledge. Wineries and Estates need to capitalize on these gems and protect them to any means necessary.

All of this is obviously just my views and opinions. Please enjoy the film: (Credit – The Culinary Institute of America) 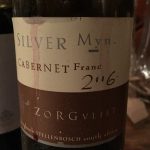 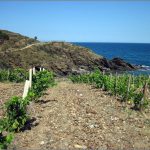