Well, the truth is the grapes are from Prieska in the Northern Cape. I must confess – I didn’t even know there where Cabernet Sauvingnon that high up. It made me think about visualizing potential Cabernet Sauvignon and Merlot sites. One thing I’ve learned over the years is that consumers, especially abroad, don’t like the “green” style Cabs or Merlots. This is also usually the request from my clients too – they don’t want green flavours in the grapes.

So after about 7 years of mapping different Cabernet Sauvignon sites with solar radiation, I picked up a pattern in style. Yes climate and soils play a role, but solar radiation plays a big part in wine styles, especially with regards to pyrazines. I’ve come up with this model where the best suited sites are between 5300-5700 watt hour per square meter (for 14 February). Here you would theoretically find the least amount of green flavours, or at least you could manage it better. Now, I didn’t filter out the unplantable mountainous regions, I just build an unrefined model to showcase possibilities in the Western Cape (and below that for Stellenbosch) 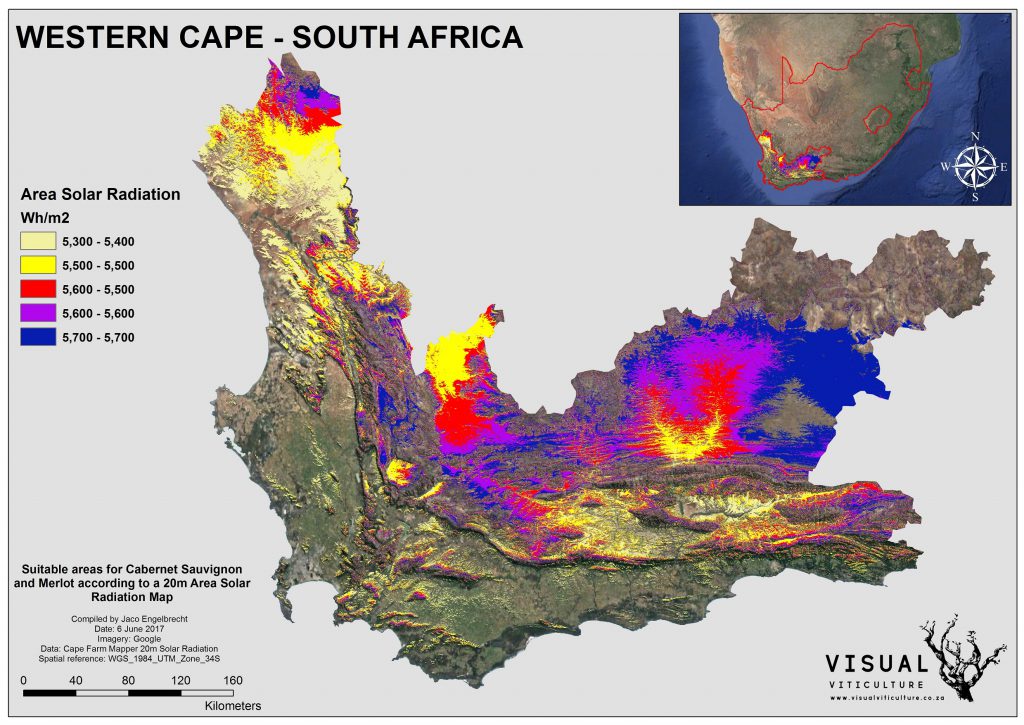 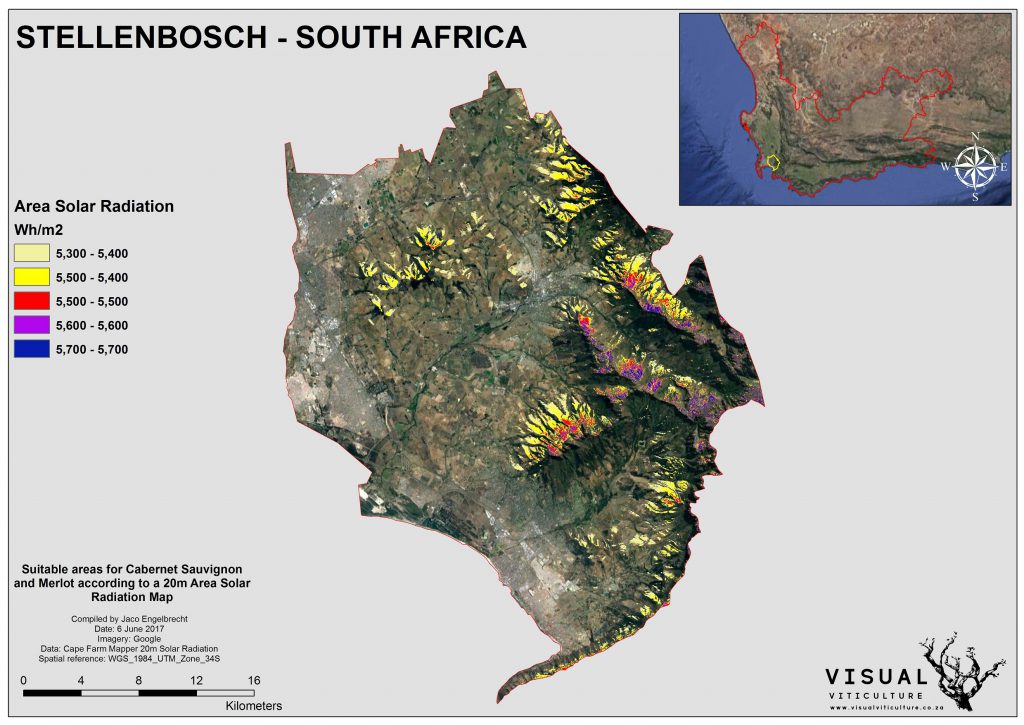 For the full story on the Cabernet Sauvignon from Prieska, read this article from Angela Lloyd. 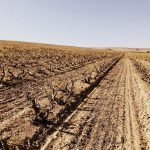 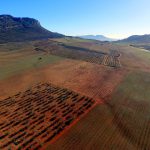