Most people involved in the wine industry knows what a grafted grape vine is, but, to most of the public, this is unfamiliar.

So I will explain it relatively simple.

Back in the day grape vines grew with their own roots. You could cut a shoot in winter and plant it in the soil and it would make roots and grow. This worked fairly well, until Phylloxera came onto the scene.

They are pale yellow sap-sucking insects that feed on the roots (and sometimes leaves) of grapevines, resulting in deformations on roots and secondary fungal infections and finally killing the plant (or at least stunting growth significantly)

Late in the 19th Century Phylloxera almost destroyed the European wine industry, killing off hundreds of thousands of grape vines. (You can read up on the internet – there’s a lot of info on this)

Ok, so, what to do now? Well, some clever people found that some native American vines are resistant/tolerant to Phylloxera. So they grafted the mother blocks (called a scion) (Things like Cabernet Sauvignon, Shiraz, Chenin blanc etc) onto the rootstocks (Richter 99, Richter 110, Paulsen, Ruggeri, RAMSEY etc). The result – the wine industry can yet again flourish!

This was put rather simple, so let’s see how it is done..

Grape vine nurseries play in important role in the propagation of grape vines. They do a lot of research and trials to ensure the vines are the best quality. They also fight a never ending battle to ensure the producer gets material that is free of Leaf Roll Virus, probably the biggest threat to the South African wine industry, and I’m sure this is also true in other countries.

The info and pictures in this post is courtesy of  Voor-Groenberg Nurseries near Wellington, South Africa.

/Voor-Groenberg Nurseries is situated near the town of Wellington in the Western Cape of South Africa. The soils and climatic conditions around Wellington are ideally suited for grafting.

In 1989 the family operations were combined into one company which today includes two experienced viticulturists responsible for technical support, selection and evaluation of scion and rootstock material, as well as providing consulting services to clients for rootstock and cultivar selection. They produce more than 9.5 million grafted plants of wine-, table- and raisin grapes annually. (Currently 60% table grapes and 40% wine grapes)

They currently employ 200 permanent workers and 200 seasonal workers. They use Omega and Whip grafting techniques and callus forming takes place out in the field (usually takes about 8 weeks). Vines are then planted into blocks from middle September to middle October.

Firstly, rootstocks are grown in blocks. The shoots gets harvested in the winter, when the vines are dormant. (end of May and June). 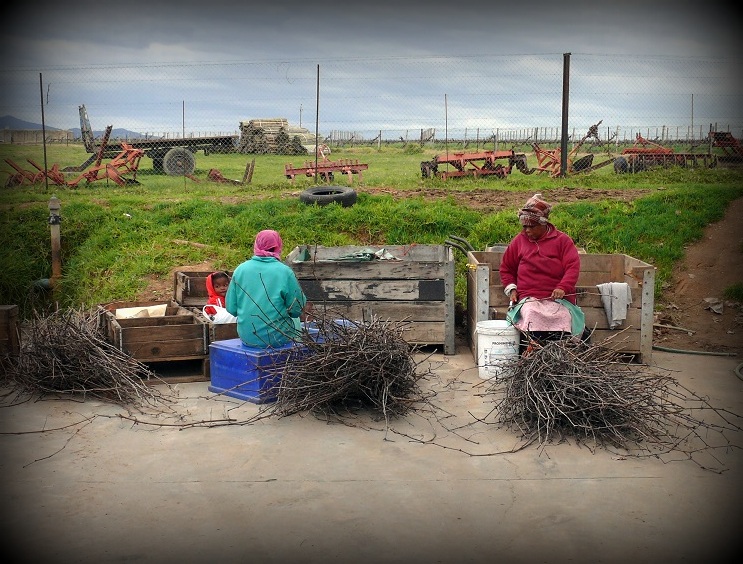 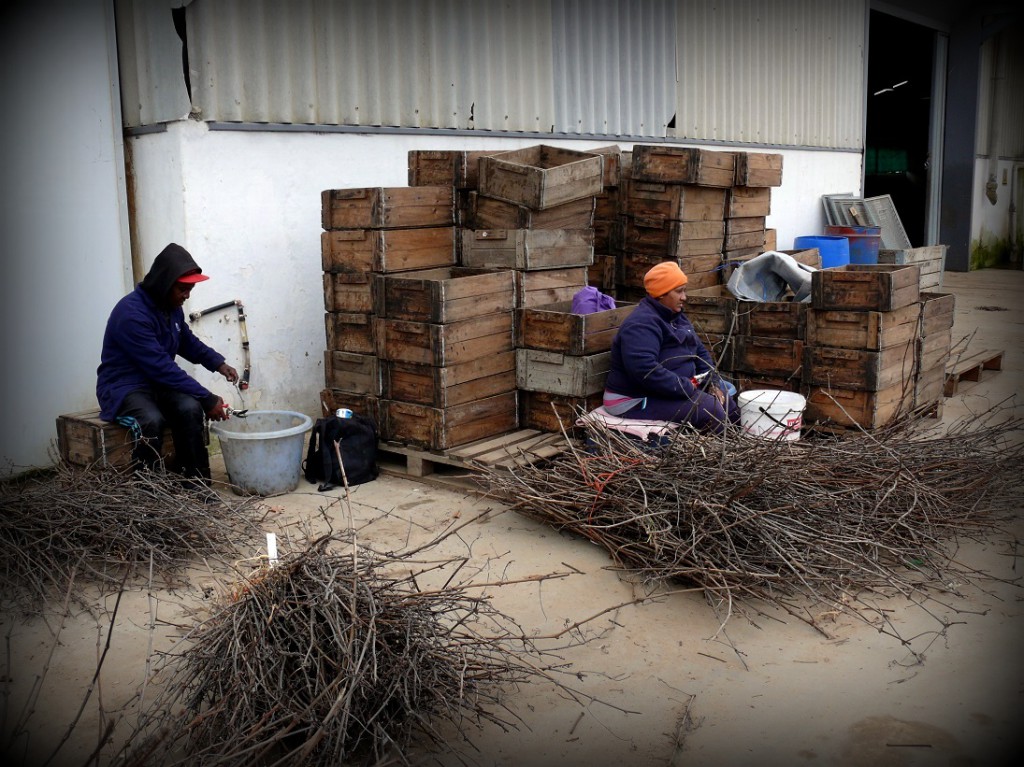 The mother blocks (scions) are harvested June/July. The shoots gets taken to the warehouses where they are grafted. You basically get two kinds of grafting: Bench and Field grafting. I will be focusing on Bench grafting, which has two types of grafting: Omega and Whip. 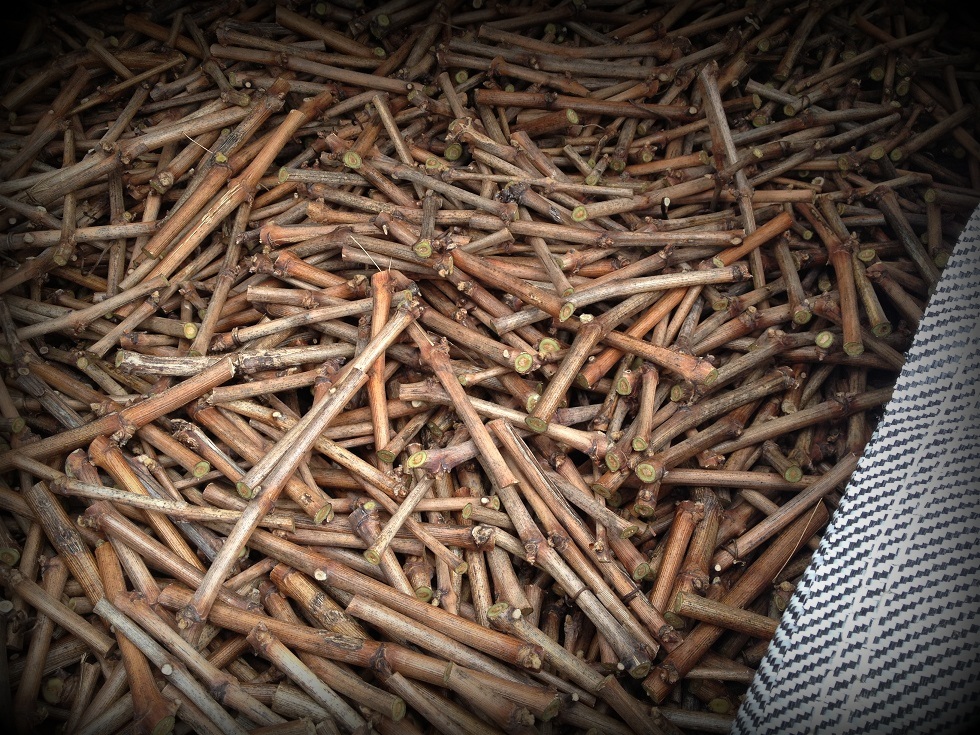 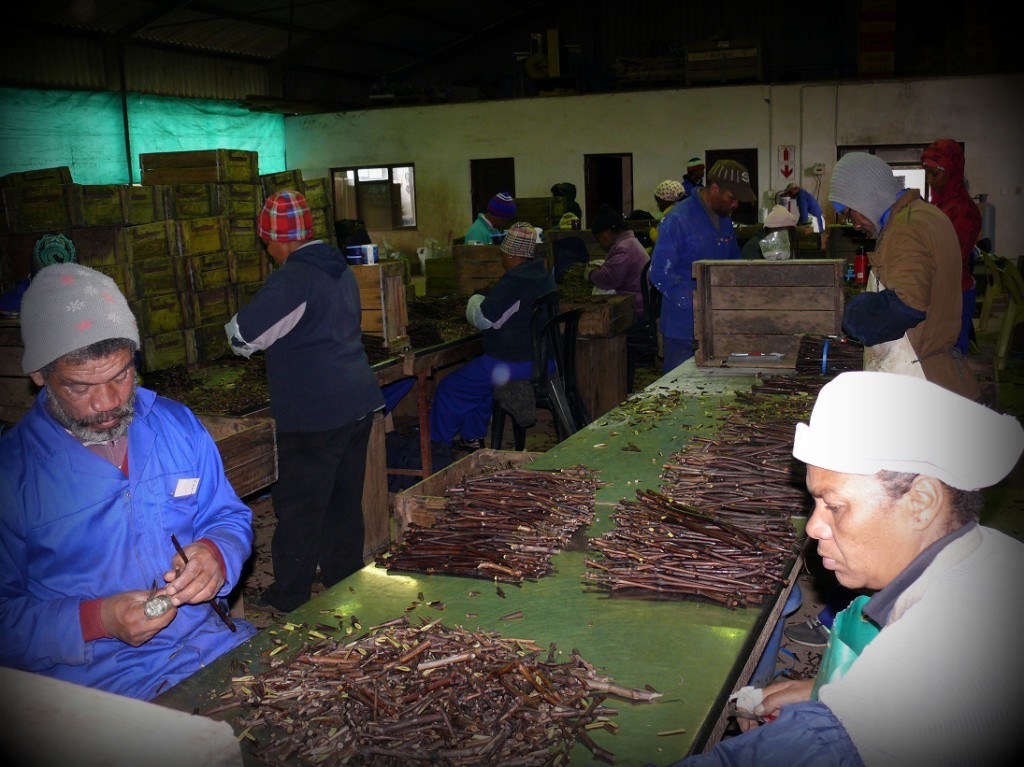 The scion and rootstock are inserted into each other with a special cut, made by the grafter (most of the grafters has been doing this for more than 10 years). Then the connection gets stapled to prevent the connection from twisting. 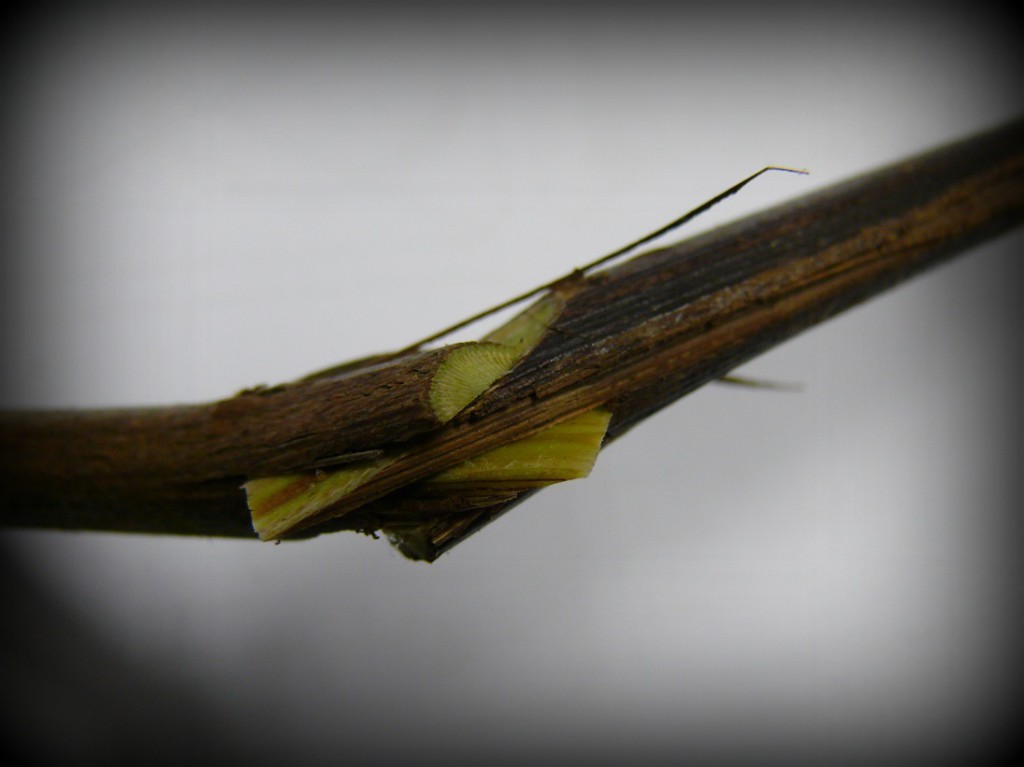 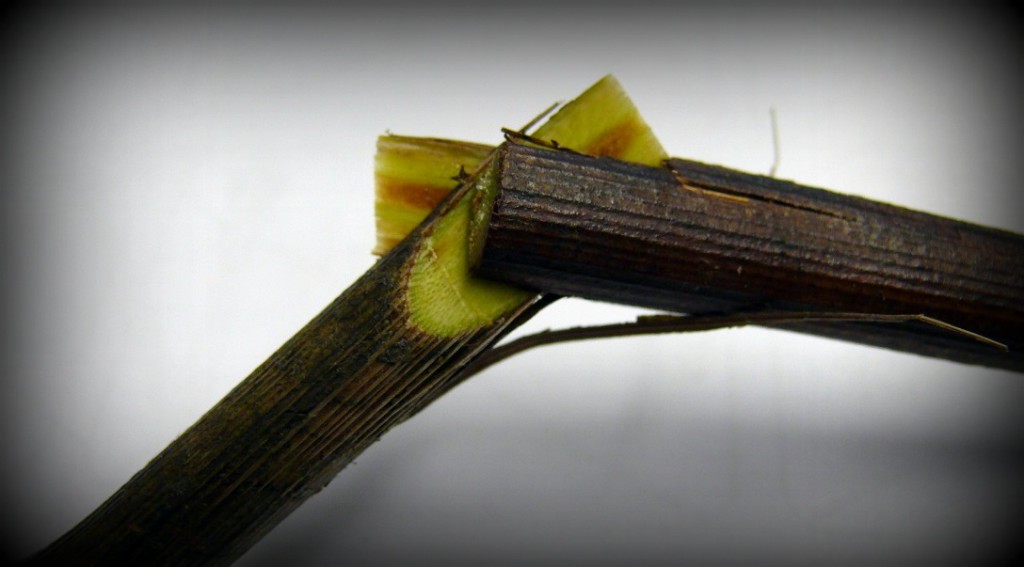 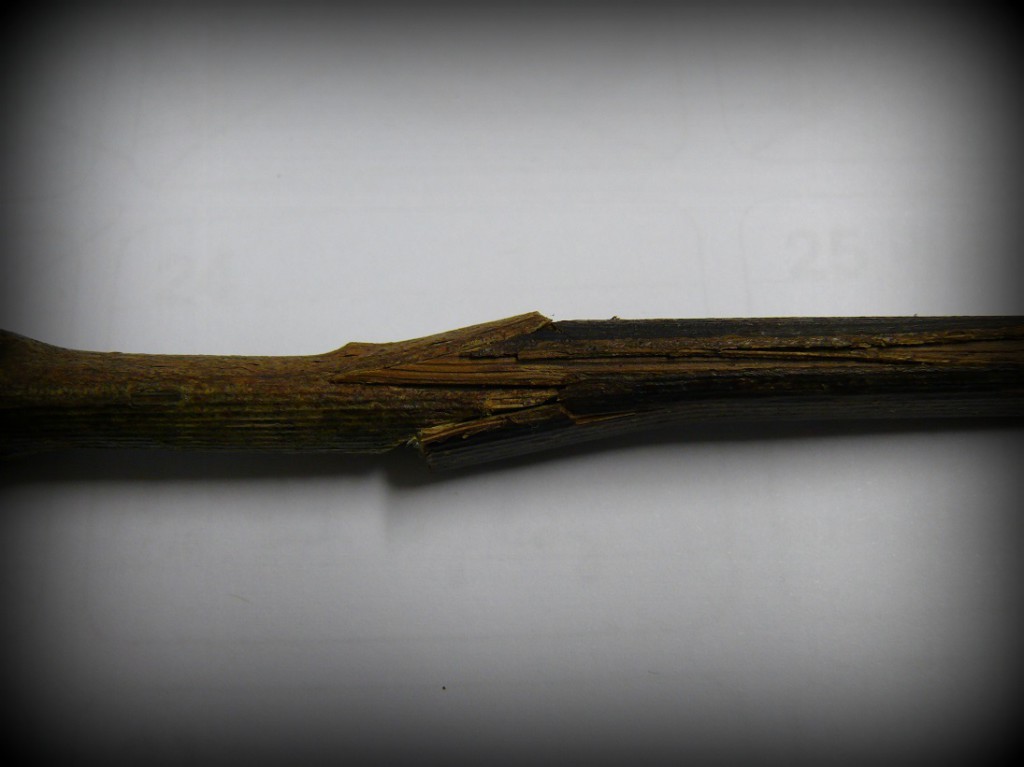 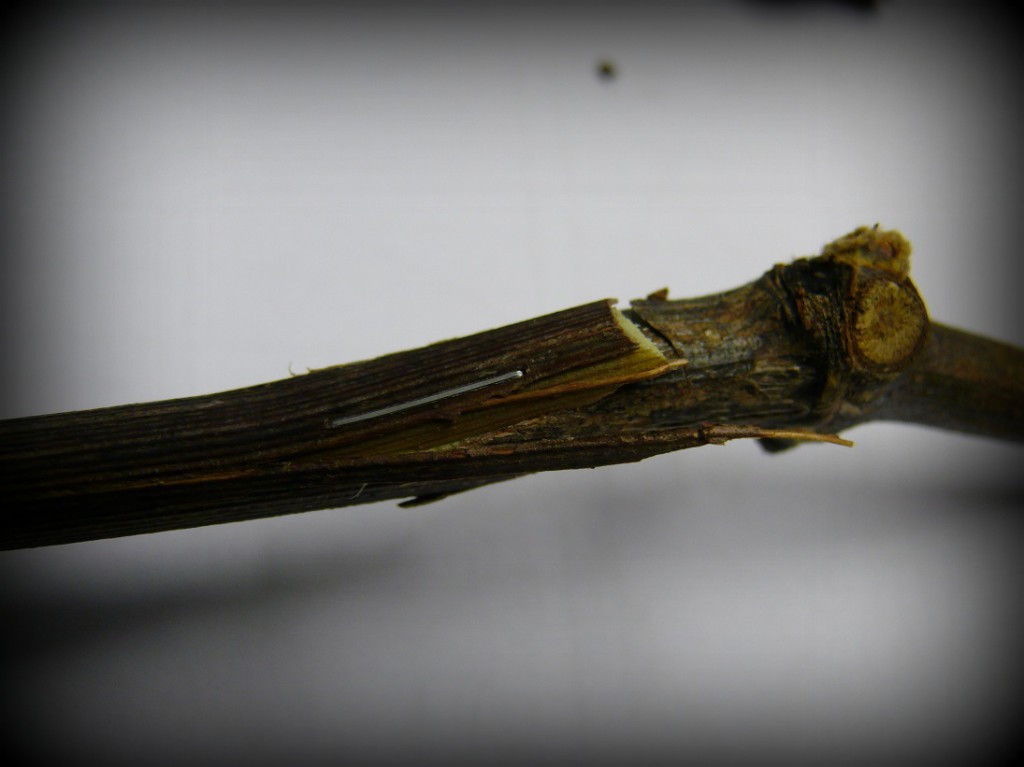 Then the graft gets dipped in wax, to preserve moisture and the protect the wound. 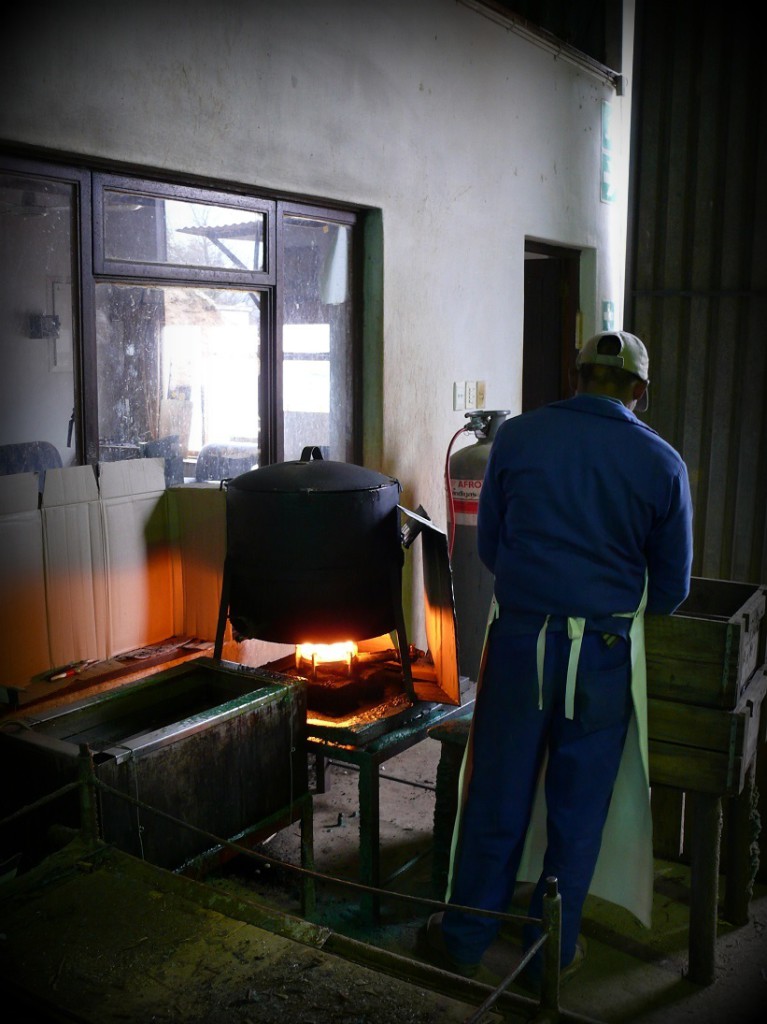 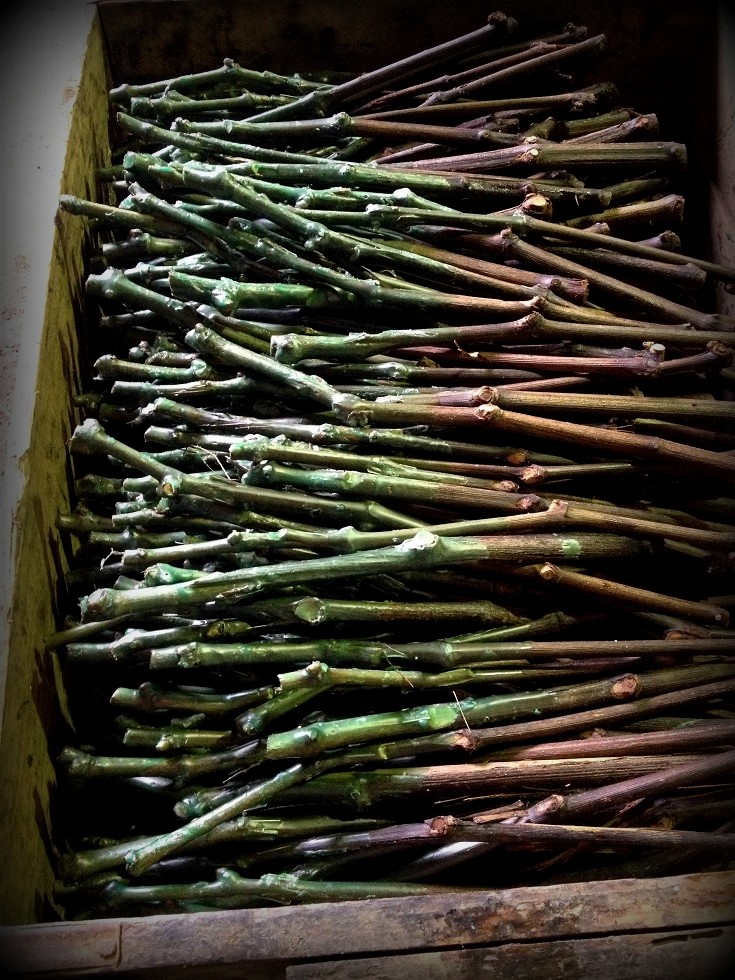 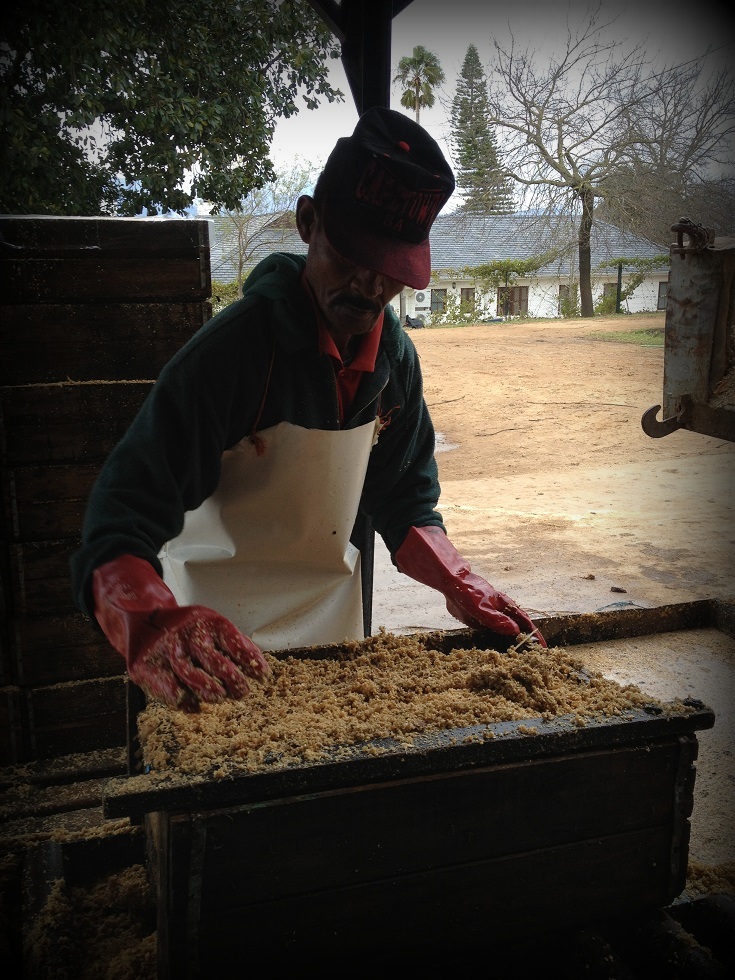 And then next year they are ready to go to the farm! Seems simple, but there are a lot of science involved. Well, this was just a quick (yet long) write up on grafting. Maybe I will write a bit more later in the week. 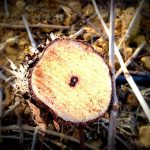 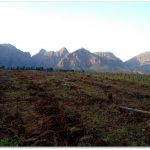