Wow, what a weekend. Probably the most intense wind I’ve ever seen or felt. 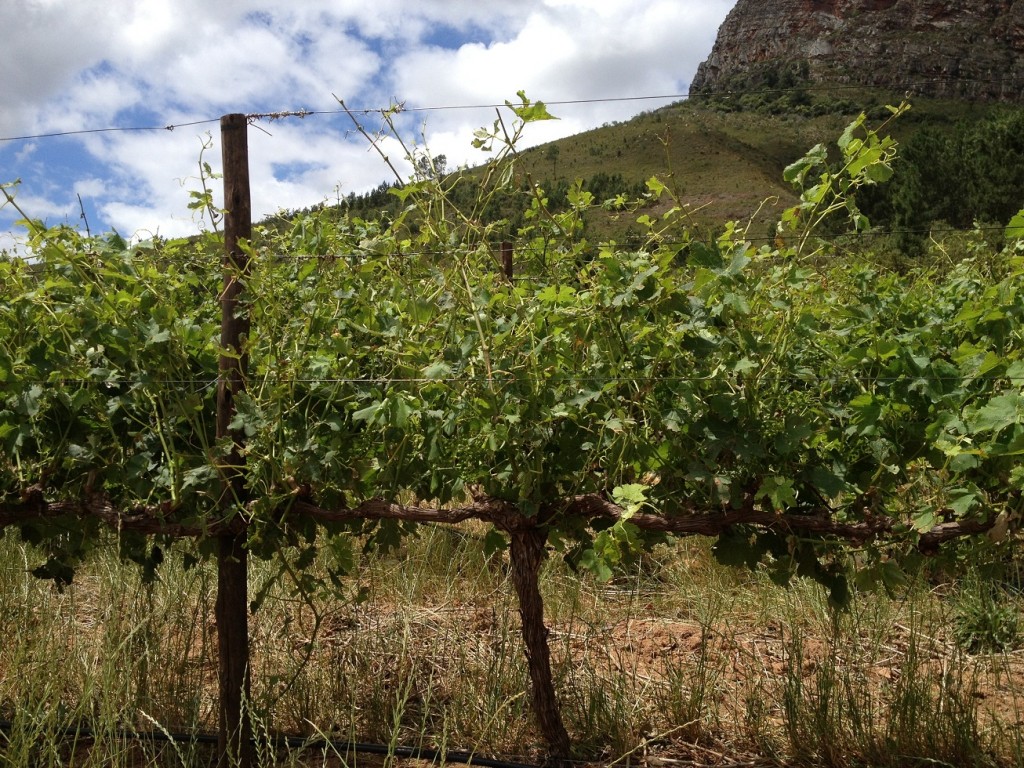 It started early Friday morning and continued straight through till late Saturday afternoon.

Reports of up to 164km/h at Cape Point. Some producers suffered an average  of 40km/h non-stop for 27 hours. The vineyards took a beating. The roughest wind damage I’ve experienced and hopefully I never see this again. According to the farmers in the Klein Drakenstein region – the region hit hardest –  this was the worst wind they’ve ever had. Some plots were left with hardly a leaf left, where other plots suffered extensive damage to the bunches. 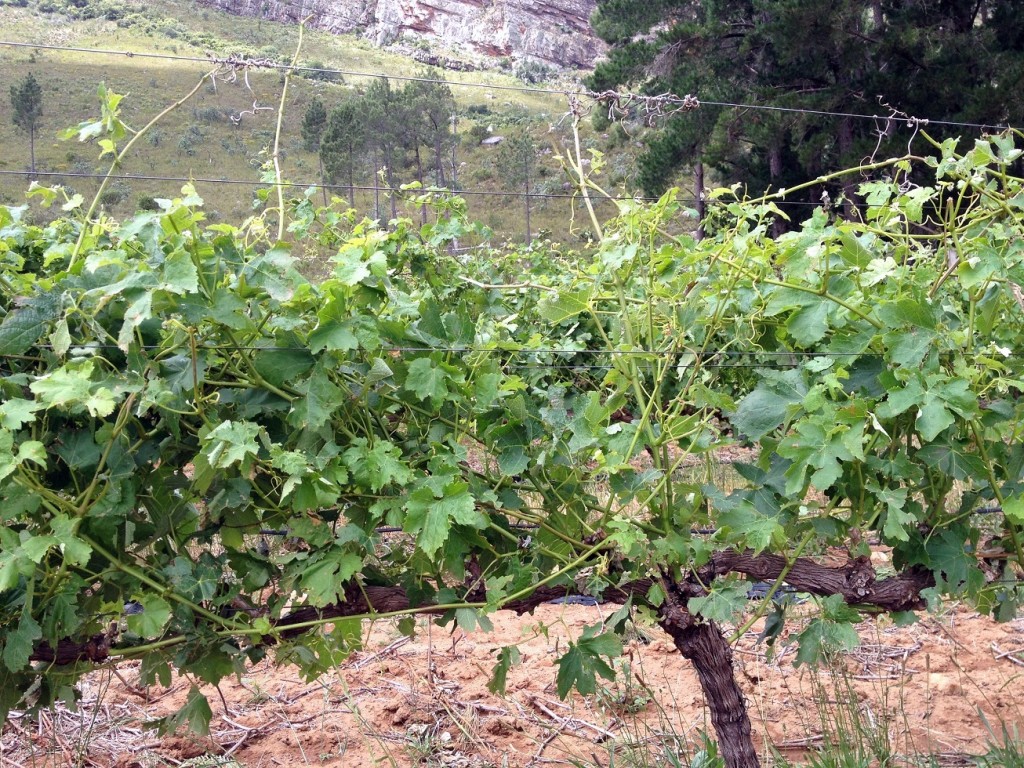 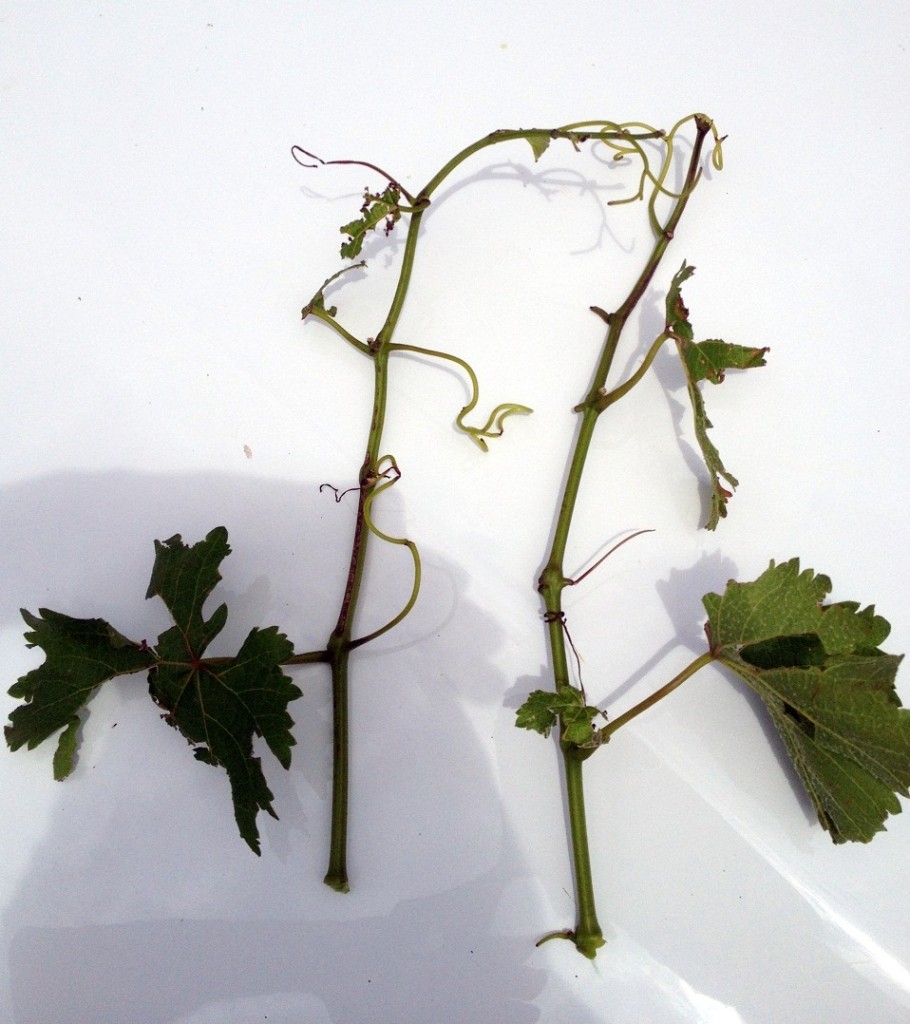 Not only did the vineyards get a speedy slap in the face, but so did the fruit trees. Reports of up to 80% damage in some peach and plum orchards and many Olive trees bent, battered and bruised. 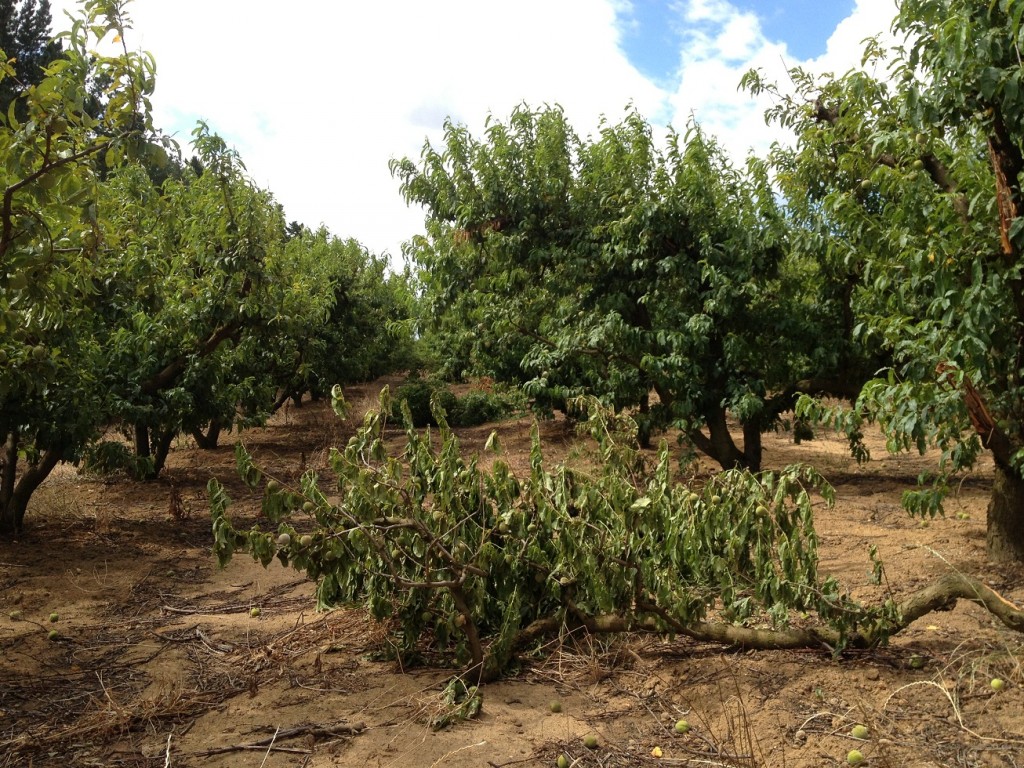 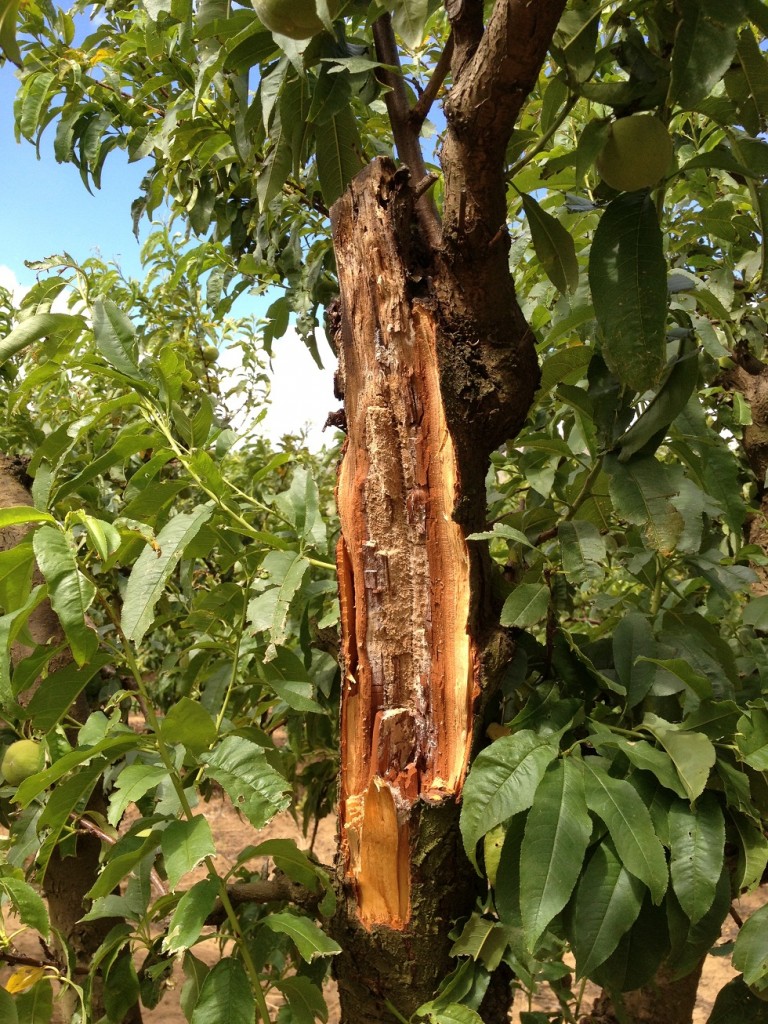 Lets hope the vines can compensate and recover soon. 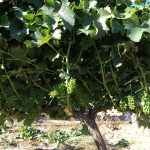 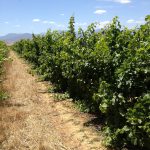